skip to main | skip to sidebar

Now Wouldn't That Be Cool On Google Maps

You're driving and you want to know what kind of cell-phone coverage you're going to be getting on the road ahead - see, there's a 5 mile sketchy "short" cut where you have sketchy service - meaning, if it's dark and something happens, you'd wish you were safe and home in bed, and there's the longer 22 mile road around the farms with reliable service.
Wouldn't you want that standing out on the map?
Posted by Master at 7:41 PM No comments:

Can you provide an option to dim/warm based on total bright area - that is, yes, flux is great, much better than nothing. But, now, when I have a blank Word doc or PPT slide taking up the entire screen, EVEN the dimmed/warmed screen is too much - it needs to be dampened further.

https://justgetflux.com/
Posted by Master at 8:07 PM No comments:

How About That for a Cool Aerospace Engg PhD?

We have good drones today. The disillusioned US born Bangladeshi guy who was going to RC controlled planes loaded with explosives into the Pentagon found fixed wing aircraft that could do 600 mph.

So? Here's the proposal :

we put an end to aviation disasters by sending fixed-wing drones to intercept civilian (or military) aircraft in trouble and provide the necessary resource. For example, if one out of two engines is dead and that's going to make the landing dicey, you can get a drone to deliver an engine that can attach to the tip of the wing on which the bad engine is, and ensure the plane is stabilized for a good landing.

A still from a YouTube video of a tech talk : 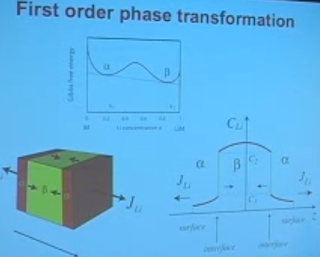 How cool would this be? The video was shot with minimal resolution - good. It's being streamed at 240p, good - save bandwidth. Now, you can make out, despite the poor resolution, what's actually being conveyed. So, in principle, you can build up your own cleaned-up version of this slide that's high resolution. How long do you think it'll be before we have a video player that offers this kind of enhanced playback using AI?
Posted by Master at 9:44 AM No comments:

If Not Apple, then Who the H Owns This?

Okay, you know AAPL went after Samsung when S let users tap on a phone number to call that number on their smartphone.

Why can't the idiots Cook and BeeHive implement this one :

When you start typing your one phone number in an email - autocomplete the damn thing! Please!!

Super simple.. and still not available. Your own phone should know it's own number. Damn!
Posted by Master at 5:29 PM No comments:

Why not show the number of views in the public view of the blog, for each post that is. Also, make it easy to find a blog's most viewed post!
Posted by Master at 11:48 AM No comments:

You have employees. You want any doc they create using the Office tools you give them to be watermarked - no Choice!!

How? Easy - you purchase a special flavour of M$ Office.

Make it happen Satya.
Posted by Master at 5:17 PM No comments: